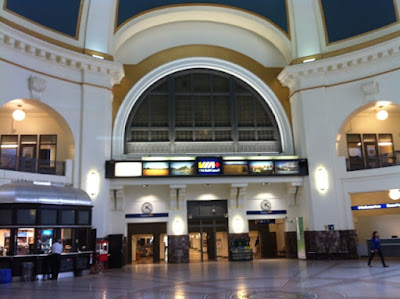 Winnipeg's Union Station will soon be host to a digital display commemorating the First World War and those Canadians who lost their lives as members of the Canadian Expeditionary Force. 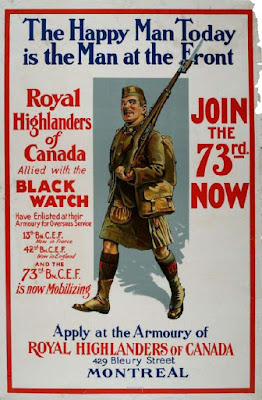 Aimed at acknowledging the 100th anniversary of Canada's involvement in WWI - which began in 1914, although Canadians did not participate until early in 1915 - the digitally-enhanced memorial will be housed in the VIA Rail Canada rotunda from approximately February 2016 until the 100th anniversary of the Armistice, on November 11, 2018. Additionally, the content will be made available for broader public access on a website later this year. 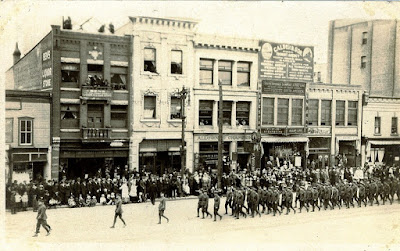 Councillor Bryan Mayes was the driving force behind Heritage Winnipeg's involvement in the project, creating a unique and long-term memorial in a high traffic area, as well as in a building that had a pivotal role in World War I. To date, the Councillors from the City of Winnipeg have donated $30,000 in support of the project, making up about half of the funds needed to complete the memorial.
Winnipeg's Union Station is one of the largest and most prominent structures in the city's built heritage inventory. Built at the corner of Broadway and Main Street between 1908 and 1911, the station established itself as a key transportation hub for goods and immigrants arriving in Western Canada at the turn of the twentieth century. 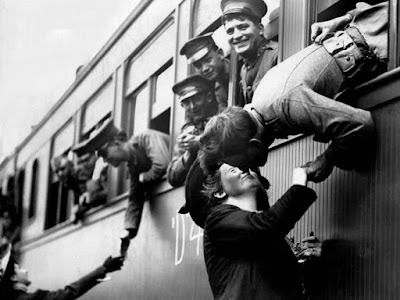 With the start of the WWI, the railways became even more important, carrying troops to training camps and transport ships, as well as bringing them home when the war was over. Canadian railways were also used to facilitate the wartime economy, transporting workers and products across the country.


Want to contribute? Donations to this project can be made using the button on the left - just specify in the memo line that you would like your donation to go to the First World War Digital Memorial Project. Donations can also be made by contacting the Heritage Winnipeg office at 204-942-2663 or info@heritagewinnipeg.com.


Over 600,000 men and women enlisted in the Canadian Expeditionary Force (CEF) during the First World War (1914-918) as soldiers, nurses, and chaplains. At war's end 64,944 Canadian military personnel, alongside 2,000 civilians, lost their lives. An additional 149,732 were injured in the sixth deadliest conflict in world history. 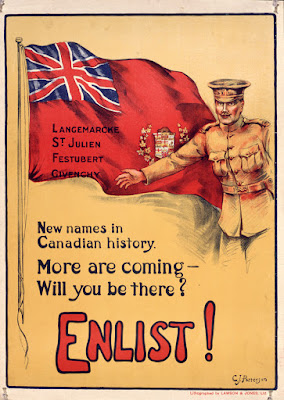 Canada, as a dominion of the British Empire, had automatically entered the war on August 4, 1914, when Britain declared war against Germany in support of its Russian and French allies. The Canadian Expeditionary Force, however, didn't land in France until early in 1915, after a massive enlistment and training movement. The CEF consisted of barely 3,000 men when war was declared, so many months of recruitment, training, and arms production was required to ready Canada's military for war.

Developed by Pattern Interactive, the First World War Digital Memorial will recognize the major offensive battles that Canada's Expeditionary Force participated in, listing the name, rank, and unit of each individual that was killed. The names will be displayed on the 100th anniversary of the month in which they lost their lives. The names of those individuals who lost their lives in smaller engagements will also be included, referencing the locations where they were killed, rather than the battle. 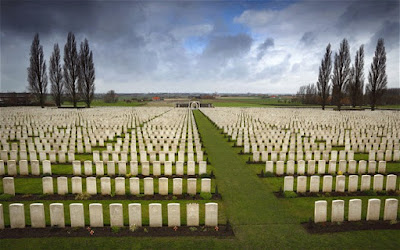 In addition to commemorating those who served our country and lost their lives as a result, it is hoped that this memorial will be a reminder to the public, children and youth in particular, as to the true cost of warfare. We need to remember why it is that we mark Remembrance Day each year and why peace isn't something we should take for granted.