The Millennium Centre: Where It All Began

August 06, 2014
The former Bank of Commerce, now known as the Millennium Centre, is one of the most beautiful banks built on Banker's Row, as well as one of the most magnificent bank buildings in North America. Located at 389 Main Street, it is the second building built on this site, as the first one was dismantled stone by stone and rebuilt in Regina, where it still stands today.


1911 - The Millennium Centre was built by Darling & Pearson of Toronto, one of the most prestigious architectural firms in Canada, and was assisted by Charles H. Wheeler of Winnipeg.


1911 to 1969 - The building was owned and occupied by the Canadian Imperial Bank of Commerce.

1969 - The Bank announced intentions of moving to the newly built Richardson Centre; plans were made to demolish the building to make space for a parking lot. Citizens work hard to bring attention to heritage issues as a result of this announcement.

1978 - Out of the need to save this building and others, Heritage Winnipeg was formed by the City of Winnipeg, the Province, and Heritage Canada. Our organization has been dealing with the protection and preservation of important local buildings ever since. 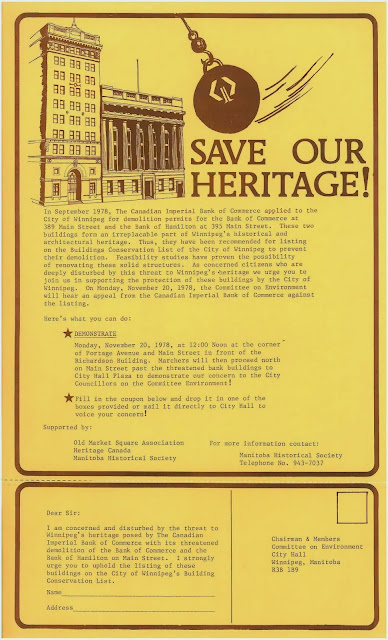 1979 - The Millennium Centre was designated as a historic resource by the City of Winnipeg, ensuring its protection from demolition. 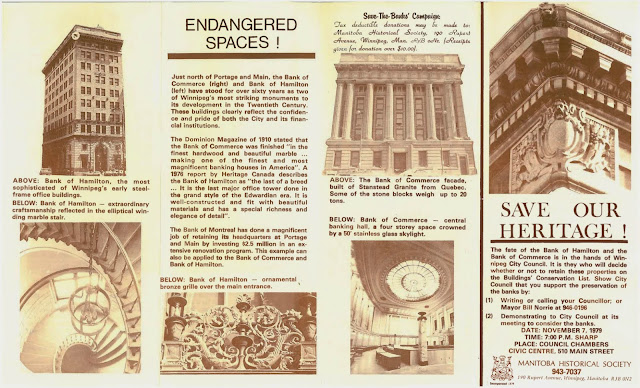 1998 - Mr. Loewen was asked by Mayor Susan Thompson to lead the Millennium Council of Winnipeg which would encourage citizens and organizations to embark on projects to mark the arrival of the new millennium. He saw this as an opportunity to do something for downtown and had a vision of using the Millennium Centre to create a super community centre.

1999 to 2000 - A group of volunteers joined together to create the Winnipeg Millennium Council which worked to restore, preserve and revitalize the building, most importantly to re-open it to the public.

2000 - MarWest Group of Companies then generously donated the building to the non-profit organization known as the 389 Main Street Heritage Corporation while Mr. Loewen donated monies to cover the costs of adaptation to community use.

2004 - The building was officially opened and renamed The Millennium Centre, available for everything from meetings and weddings to sound recordings and film shoots.Visit the Millennium Centre website for more information on booking your next event! 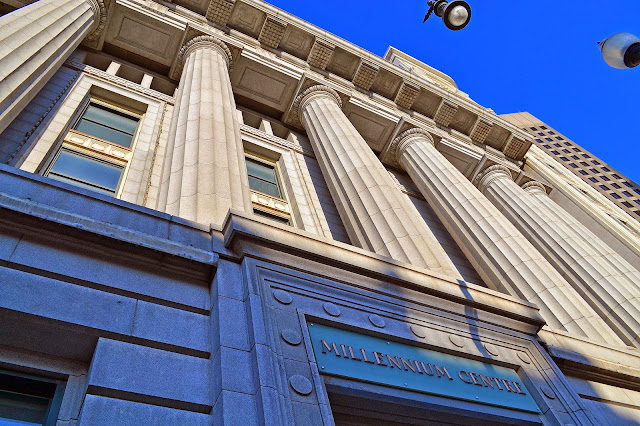 In addition to hosting private functions, the Millennium Centre also hosts several events open to the public. Doors Open Winnipeg is an annual event held in the last weekend of May each year. The Millennium Centre has been featured every year of this event and in 2014 hosted an exhibit by the Costume Museum of Canada. 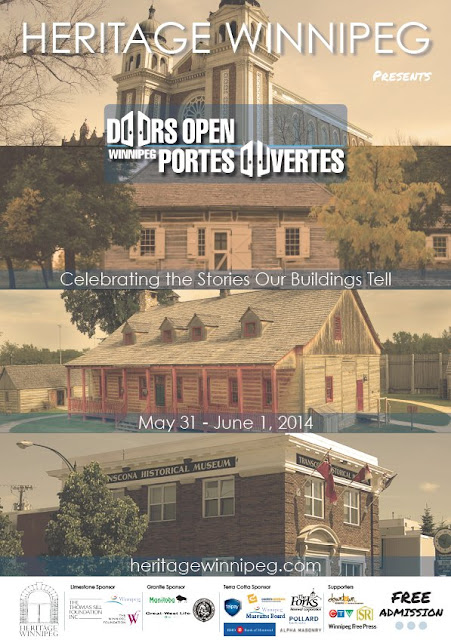 Music at the Millennium is an initiative graciously sponsored by Telpay that provides free concerts in the summer months from 12:00pm to 1:00pm every Tuesday. Music is provided by musicians from the Winnipeg Symphony Orchestra, including a variety of instruments such as harp, violin, piano, oboe, and voice. 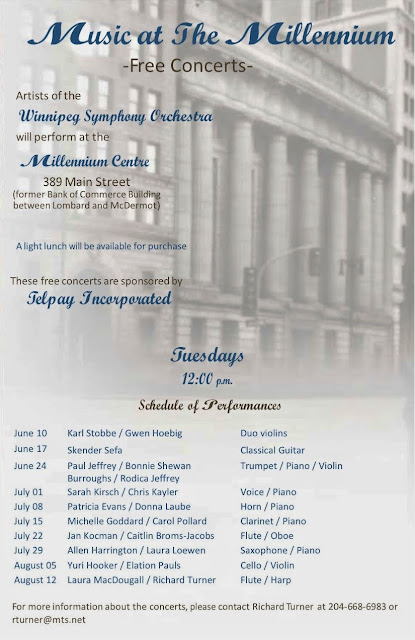 2014 - Roshanie Balkaran joined Heritage Winnipeg for the summer as an intern with the Winnipeg Foundation's Youth In Philanthropy-Summer Internship Program. Every Wednesday there is a site visit to one of the organizations that is involved. On Wednesday, July 30th, 2014, the site visit was hosted at the Millennium Centre. Roshanie spoke about her tasks working in the office, gave a brief history of the building, as well as a history of the advocacy for the building. For her internship Roshanie is working on re-designing the Millennium Centre website which includes:

Future Plans - The long term vision for the Millennium Centre is a transformation into the new home for Heritage Winnipeg, as well as a Heritage and Arts Centre. As an information hub in the downtown, the building would provide a venue for workshops and presentations, as well as a space for artistic and cultural expression. There are six floors in the building, and the board is currently working on the restoration of the Tapestry Room and the redevelopment of the upper floors.


Visit the Millennium Centre Album on Flickr to see more of this stunning building!


Written by Roshanie Balkaran and Laura McKay, on behalf of Heritage Winnipeg.

An Industrial Rehabilitation: The Making of the Manitoba Children's Museum