February 17, 2016
On Monday, February 15, 2016, Heritage Winnipeg presented the 31st Annual Preservation Awards ceremony as well as the launch of the First World War Digital Memorial Project. The event was held in the Rotunda of the historic Union Station, VIA Rail Canada's Winnipeg Station, to celebrate National Heritage Day and Louis Riel Day. 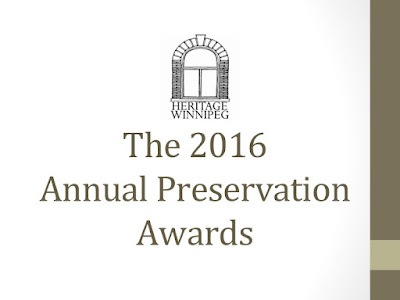 Since 1985, Heritage Winnipeg has sponsored an annual awards program that seeks to recognize those people dedicated to the protection, restoration, and conservation of Winnipeg's built heritage. Awards are also given to owners of heritage structures who seek to sensitively restore their buildings so that they become a productive element of the economical, cultural, and social fabric of the community.


Awards are given in three categories: Heritage Conservation, Distinguished Service, and Youth. For more information about the criteria for each of these awards, visit the Heritage Winnipeg website here.

The winners of this year's awards program are as follows:

for the Institutional Conservation of the Old Law Courts at 391 Broadway. For their commitment to upgrade the plumbing system and provide barrier-free washrooms at the Old Law Courts located at 391 Broadway while ensuring the preservation of the character-defining elements, such as the marble floor tiles, marble panels, doors and frames, and the original washroom fixtures. Built from 1912-1916, this is one of the most important Law Courts buildings in the Province, and one of the best examples of the Neo-Classical style designed by Provincial Architect, Samuel Hooper. 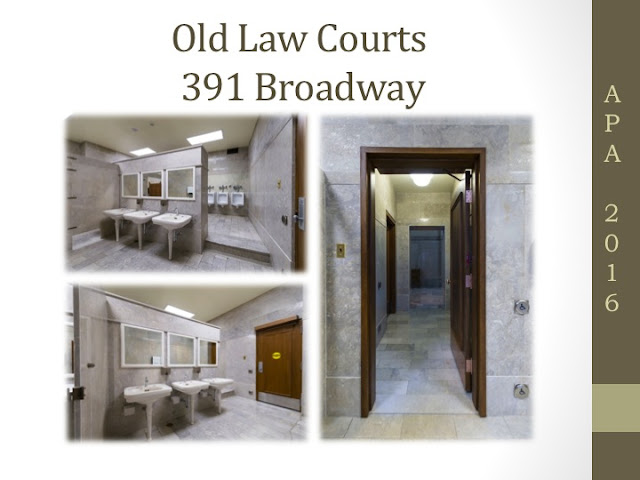 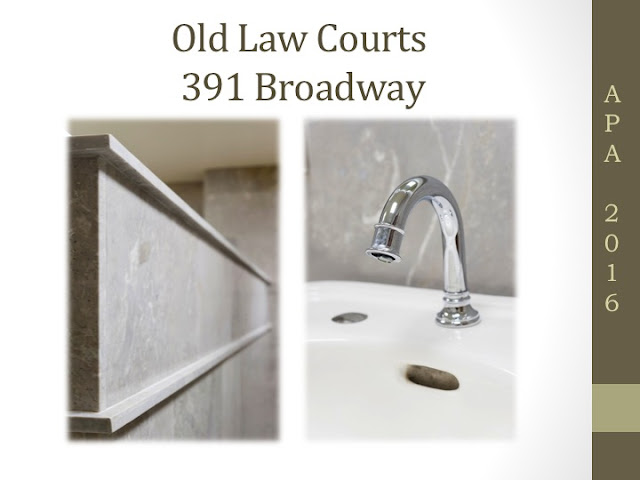 The City of Winnipeg

for the Institutional Conservation of the City Council Building at 510 Main Street. For the sensitive replacement of the roof and re-pointing of the exterior of the City Council building located at 510 Main Street. Built in 1964 and recognized as a modernist heritage building, this work affirms the City's long-term commitment to maintaining heritage buildings in Winnipeg. 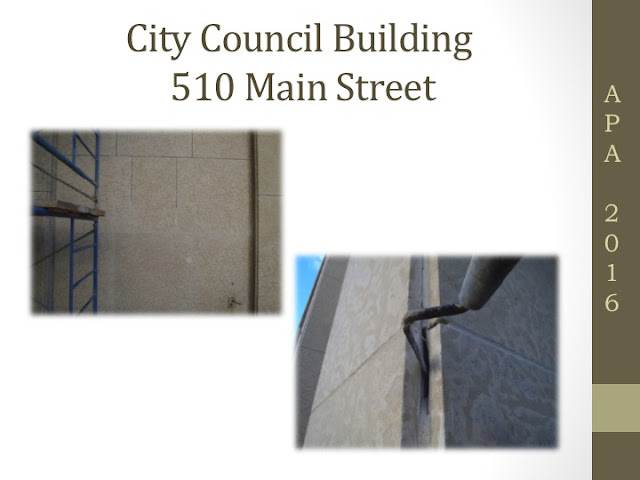 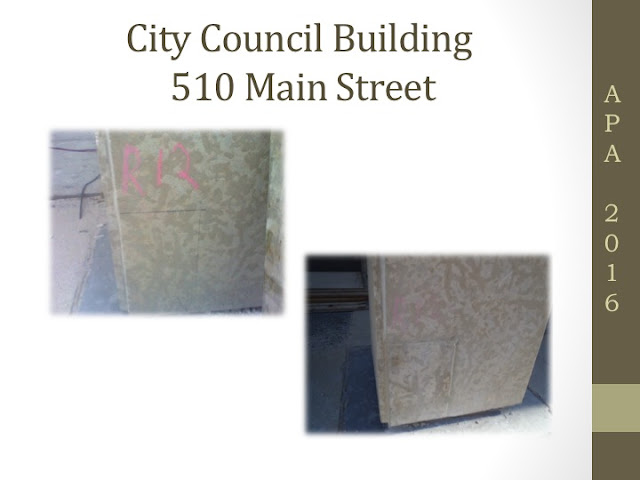 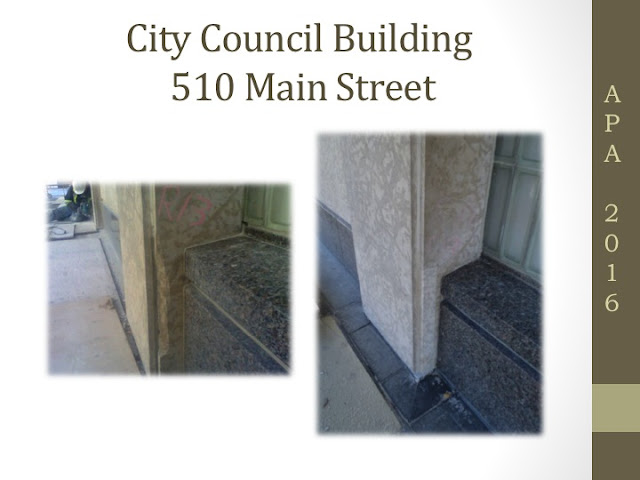 for the Residential Conservation of Roslyn Court at 40 Osborne Street. For their commitment to maintain Roslyn Court located at 40 Osborne Street. Recent rehabilitation work included the roof, copper panels, exterior masonry, and painting. This Queen Anne Revival style building, constructed in 1908, is recognized as a National Historic Site and it continues to be a viable and integral part of Osborne Village. 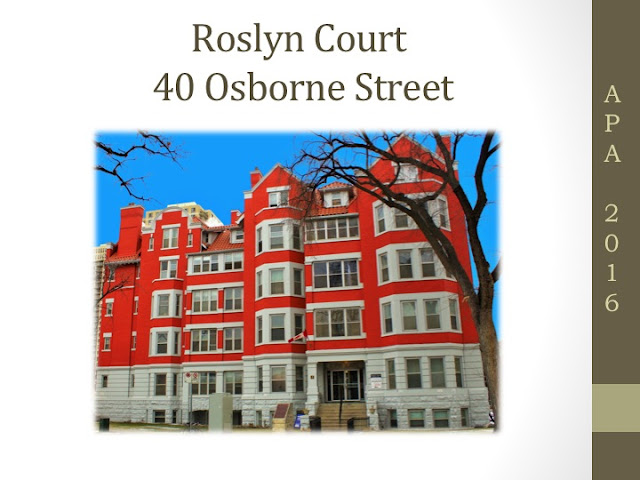 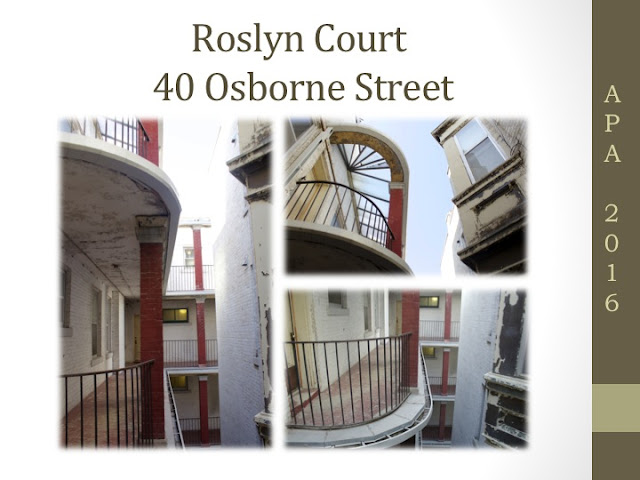 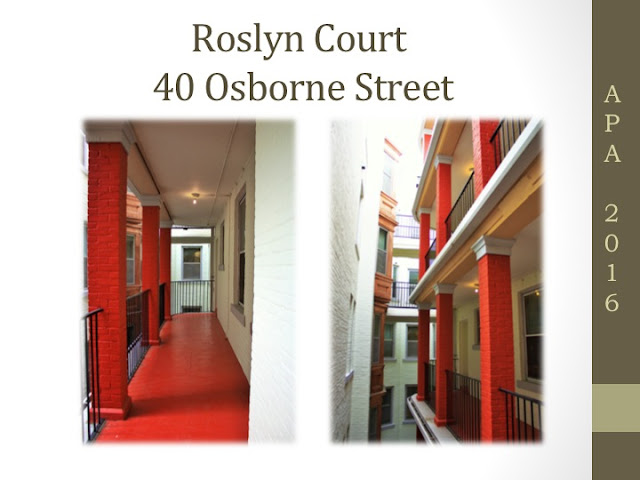 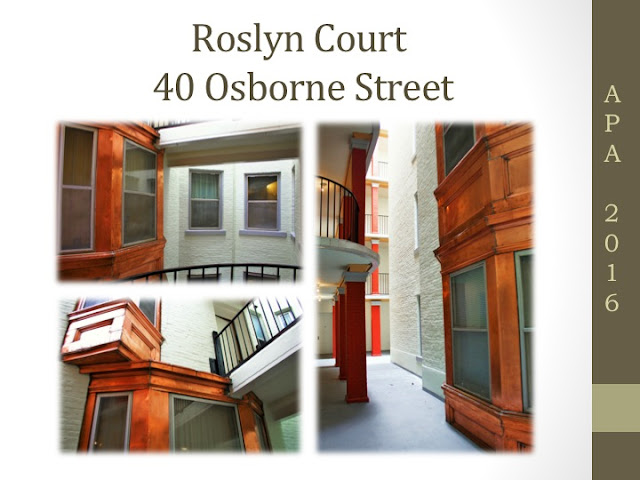 for the Commercial Conservation of the Lauzon Block at 339 William Avenue. For the main floor restoration work completed in the Lauzon Block located at 339 William Avenue. This 3-storey historic building was built in 1905 and recently featured in a Heritage Winnipeg blog article. The restoration work focused on the pressed-tin walls and ceiling coverings. 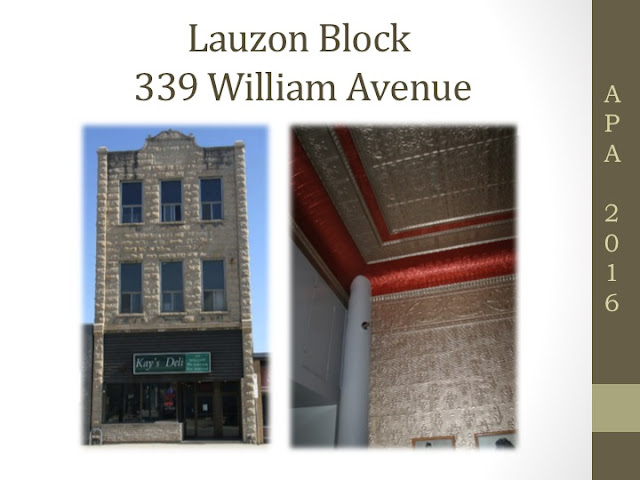 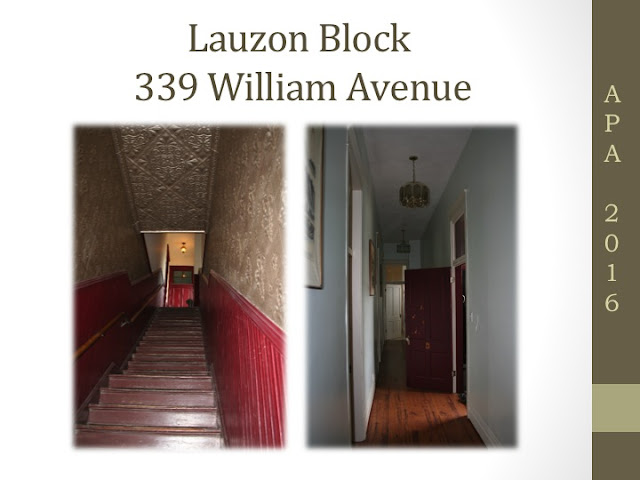 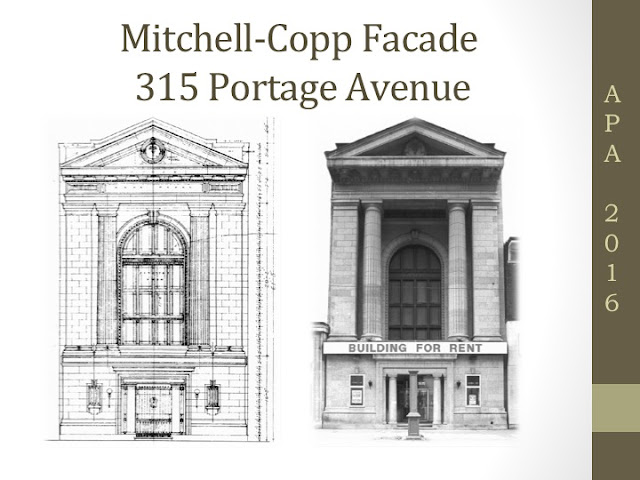 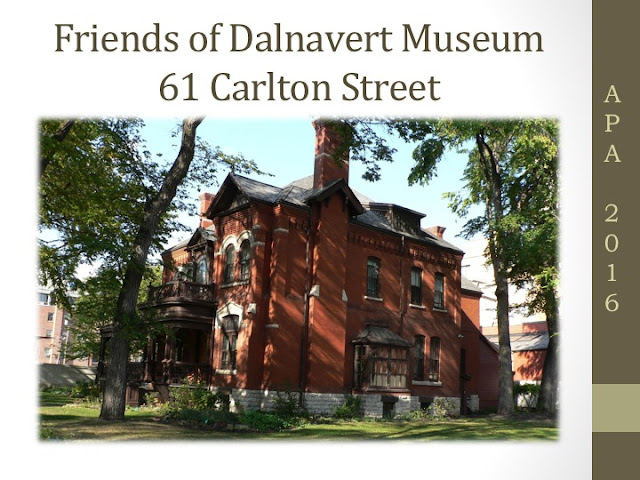 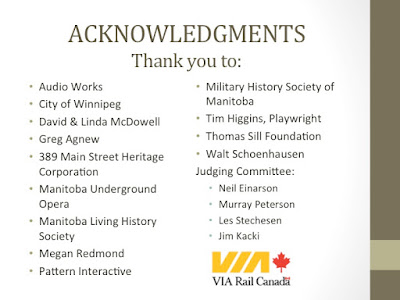 Article by Laura McKay, on behalf of Heritage Winnipeg Corp.